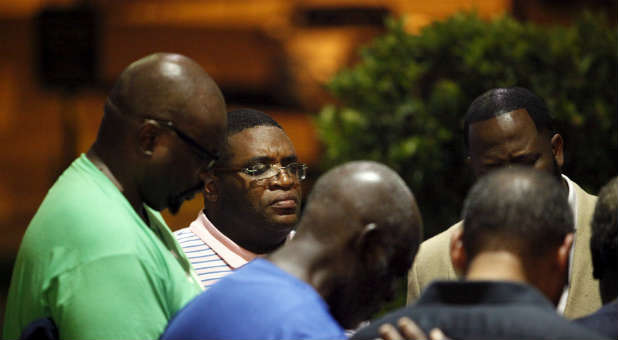 “He gives power to the faint, and to him who has no might he increases his strength. Even youths shall faint and be weary, and young men shall fall exhausted; but they who wait on the Lord shall renew their strength; they shall mount up with wings like eagles; they shall run and not be weary; they shall walk and not be faint” – Isaiah 40: 29-31 (ESV).

Electric power is quite amazing. Once one plugs a cord into a socket the current quickly passes on lighting up the object in question. If the object does not light we know there is no power. There is also a basic fact: one can’t appreciate if there is power or not without plugging the cord into a socket.

In like manner we too need to go to God in prayer and secure His power or else we remain like an idle cord. This became very clear to one woman. As told, “And there was a woman who had had a discharge of blood for twelve years, and though she had spent all her living on physicians, she could not be healed by anyone. She came up behind him and touched the fringe of his garment, and immediately her discharge of blood ceased” (Luke 8:43-44).

This story is significant because here we notice something quite revealing. “But Jesus said, “Someone touched me, for I perceive that power has gone out of me” (verse 46). Had the woman not gone to Jesus and touched his robe perhaps her situation might have remained unchanged like a discarded cord. But even more so, once she drew herself to Jesus, there was power that was released bringing instant healing to her.

Today, we too could miss out if we do not draw near to God, touch him, and seek that power. In this story we see that in spite of seeking help through all other avenues none had helped bring success. Only once the situation was brought to the living God was there deliverance.

Prayer for today: Lord God Father in heaven, today I bring to you my situation as it is, that the power of Jesus that delivered the bleeding woman may free me too!