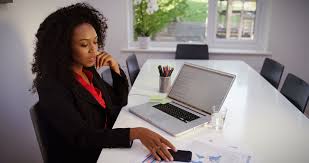 “Work willingly at whatever you do, as though you were working for the Lord rather than for people. Remember the Lord will give you an inheritance as your reward, and that the master you are serving is Christ” – Col 3:23- 24 (NIV)

There was an incident in one local church where the leadership at headquarters decided to reassign a certain priest from one rich urban church location to a poor rural one. The priest had helped very much the congregation grow and he was very popular among the parishioners. The leadership felt his gifts could as well be blessed by other poorer regions.

But once the parishioners heard of the relocation opposition broke out. This was their priest who had seen their congregation grow. They had buffeted him all manner of gifts and felt he belonged to them. Why now move him to another joint! They protested to headquarters to no avail. They went up and talked to the priest asking him to resist the move.

The priest thanked his parishioners. Then he reminded them he had been called to serve wherever the Lord sends Him. And even more, if he resisted, as they were suggesting, what message was he sending to those serving under any authority. So he picked up and left to the distant rural post where many where led to Christ through his ministry.

Prayer for today: Lord Father in heaven, today I pray in the mighty name of Jesus Christ of Nazareth, that I ever humble myself to go wherever you want me to.