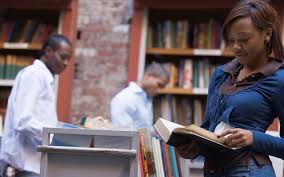 “Do you see someone skilled in their work? They will serve before kings; they will not serve before officials of low rank” – Proverbs 22:29 (NIV)

As one of the largest shareholders in a number of Uganda’s blue chip companies many people could ask how the 91 year old Dr. Martin Aliker rose to the top. Born in a polygamous family he was fortunate to be blessed of a father who valued education. After studies at Makerere University in 1948 he moved to the US where he became the second Ugandan dental graduate.

Dr. Aliker returned to Uganda and opened a practice which quickly prospered. He then invested his profits into real estate and blue chip companies that made him a Director in most. As a wealthy man he moved through the corridors of power fraternizing with the most powerful people in the world.

What enabled all this was because he became a man of skill. In the Bible we find our God endowing his people with skills. “Then Moses said to the Israelis, “See the Lord has chosen Bazalel the son of Uri, the son of Uriah, of the tribe of Judah, and he has filled him with the spirit of God, with wisdom, with understanding, with knowledge and all kinds of skills- to make artistic designs for work in gold, silver, bronze” (Ezekiel 35: 30-32).

As believers let us work to be a people of skills. Skills will take any of us far but more importantly also propel Christians into high places to have “dominion Over every living thing that moves on the earth” (Gen 1:28).

Prayer for today: Lord Father God of Abraham, you are the creator of humanity and today I pray in the blessed name of Jesus that you bless me and your people with those skills to excel and reign over the earth!