There is something called coming to the end of your road. And that is what it was like for Dr Stephen Watiti. After what seemed like a good start in life, a qualified medical doctor married to a graduate with a stable job in Bank of Uganda, the sky seemed the limit. Stephen and Margaret were both devout Christians who now seemed settled for good. 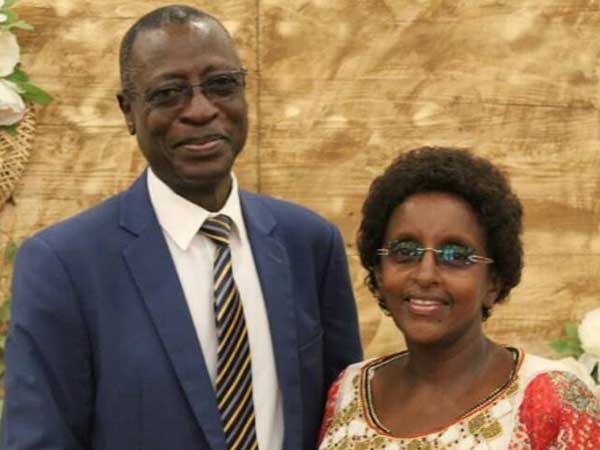 Stephen and his wife Naome

But just then, troubles started. Like all young married the couple desired to have a child. Shortly though after the birth of their son, Peter, the boy was diagnosed with sickle cell anemia- though neither of the parents, had a history! After being in and out of hospital Peter died in 1990.

Three years later both Stephen and Margaret (who were expecting) fell sick. As their condition deteriorated the doctor who was treating them, Dr Moses Kamya, suggested they take an HIV test. When they did; the results came back as both being HIV positive! Think of all your world falling apart. “And that was at a time when we knew so little of HIV/AIDS and there were no treatment drugs like ARVs today,” he recalls. “Stigma was also high.” When Stephen out of concern alerted the nurses who were treating Margaret for fear of contracting too, they quickly started shunning her as a patient. She was hurt.

Margaret’s condition worsened. Shortly after the couple had celebrated their 8th anniversary, she passed away on January 7th 1994. It was hard enough to lose a son and now a wife; but more was yet to come. Relatives and a number of old friends started accusing Stephen of causing Margaret’s death. They suspected that he had been unfaithful towards his loving wife. During the funeral the preacher was clear in pointing the accusing finger at Stephen, even as he sat through the torturous funeral procession there hopelessly grieving.  Relatives railed curses at him, wishing him to drop dead. 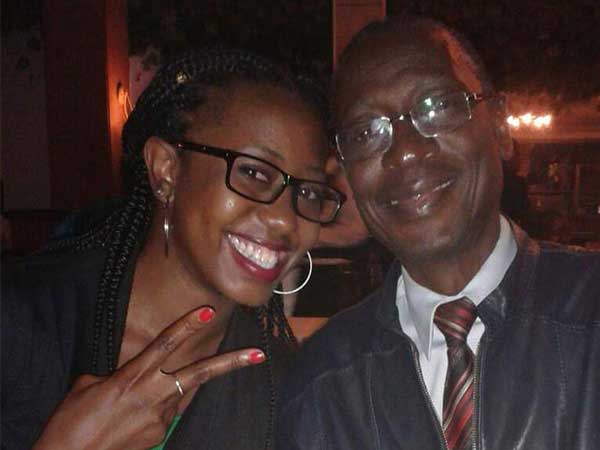 Stephen and his daughter Deborah

But Stephen survived all. He and Margaret had also had a daughter before, Deborah, who now more than ever needed at least one parent.  More than anything, Stephen’s faith in Jesus Christ remained unshaken.

Stephen has come a long way from those dark days.  Today he is a celebrated international Aids Activist who travels the globe to raise awareness of HIV/AIDS. He writes a regular Aids awareness column in the papers. He sits on numerous Boards. He has been married to Naome, his second wife since 2005.

Today children start school as early as four but back then they would be needed at home for chores. Stephen started school when he was eight as he had to provide labor at home. However, when he passed his PLE to go for secondary having caught up his elder sister, Mary, he was “sacrificed” and made to wait since the family could only support one child. The waiting would take three years till the family had secured enough money to pay for fees. But by then he had forgotten most things; Stephen had to repeat again and get enough marks to enter the nearby famous Nabumali High School. He was by then 19, the age at which most of today’s kids enter university!

Still, the family could barely meet his needs and, when he joined, he was teased for coming to school barefoot. Although he could write and read English well, when it came to speaking the foreign tongue, as required, he could hardly carry out a conversation. But he was determined. Stephen decided to wake up early and take cover in the school chapel where he would read before others rose enabling him eventually pass O’ Level.

Among the Bamasaba peoples from Eastern Uganda where Stephen hails from for a boy to become a man one must undergo the rite of circumcision. This is where the tip of a boy’s penis is cut off but without anesthesia as a proof manhood. The culture practice does not normally augur well with those who have committed their lives to Christ- since it carries with it many practices which believers in Christ renounce. Drunkenness and sexual promiscuity, for instance, tend to take center stage. As Stephen had accepted Jesus as his personal Savior while at Nabumali High School, he had therefore many misgivings. However, his conversion had been met with stiff concern by his father who feared he had lost a son to a wayward religion. In fact his father had already reported him to an elder who only let him off the hook because of his good school grades.

Faced with a lot of pressure Stephen eventually yielded to be circumcised. But the knife by the untrained surgeon- who seemed quite intoxicated that day; damaged his urethra. Soon thereafter Stephen had struggle to pass urine. He needed an operation to rectify the damage. There was no capable facility around Mbale and, Stephen had eventually, to be admitted to the National referral hospital at Mulago.

Stephen recalls finding Kampala unusually clean as the government of President Idi Amin was among others enforcing mandatory street cleaning. The doctors discovered the damage was quite extensive. In fact, it took nearly a year of being in and out of hospital to enable him return to full recovery.

But one good thing happened during this time. At that point Stephen’s desire was to become a teacher, much like all his role models in his area. But while recovering at Mulago he saw medical doctors dedicated to their profession of helping people. Stephen decided to train to become a Medical doctor.

Stephen, though he had lost nearly 5 years of school, for no fault of his own, joined High School and finally made it to university. While at Makerere University he was also elected as President of Christian Union. It was around this time that he began a spirited courtship with Margaret, whom he had met earlier while at Nabumali. The two married shortly after graduation. 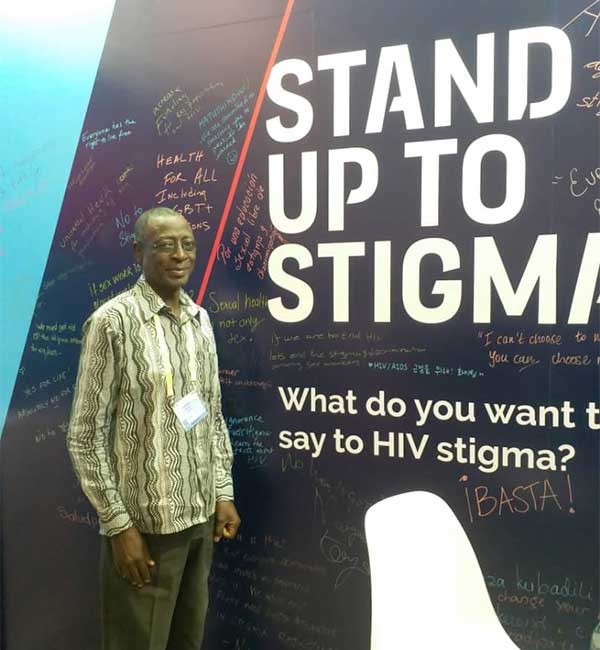 Having become a medical doctor Stephen decided on becoming a Surgeon. Now while assisting in one of several surgeries at Rubaga hospital where he was doing his internship and with little knowledge of HIV the young doctor often pricked his fingers. He didn’t think much of it then. But then, as he would later discover, this is how he contracted the deadly HIV.

Soon after marriage, the disease progressed culminating in the death of Margaret. Later, he himself would be in an out of hospital. In 2000 his health started to worsen apparently for the worse. He was admitted and laboratory tests found he had meningitis, a brain infection common among terminal AIDS victims. He was also suffering from a peculiar form of TB resistant to available drugs. He had also Kaprsi’s sarcoma, a cancer common in terminal HIV.”

“I knew this was probably the final battle to fight,” he recalls.  Knowing he was about to die he sent for his parents and family members. He then collapsed into semi consciousness and survived for two weeks on intravenous drugs.

Early one morning, as he lay down fighting for his wife, a missionary called Anne Cowe, visited him with a message. She read Psalms 118:17: “I will not die but live, and proclaim what the Lord has done.” She also gave him a message from Job 33:23-25: “Yet if there is an angel on his side as a mediator, one out of a thousand, to tell a man what is right for him, to be gracious to him and say, “spare him from going down the pit; I have found a ransom for him; then his flesh is renewed like a child’s; it is restored in the days of his youth.”

Something happened after that prophecy. “I even started to get up and get out of bed!” His faith grew. Then one day Dr Kamya brought him a new cocktail of drugs, ARVs, just being tried out. Dr Kamya convinced him to start taking them even as they were at an early stage of trial. “I started taking the ARVs reluctantly in 2000. My CD4 count was far below the normal and I had a very high viral load. But by God’s power I kept miraculously improving.”

The drugs cost $500 per month and Stephen did not have that kind of money. However, Dr Kamya together with Pastor Nicholas Wafula and other brethren organized themselves to pay for the expensive drugs.

Today Stephen is living that prophecy. It’s almost two decades since he got back on his feet. As he looks back at his life, and all the tribulations he has passed through, he loves to recite one of his favorite Psalms: “For the Lord is good and his love endures forever. His faithfulness continues through all generations” (Psalm 100:5). 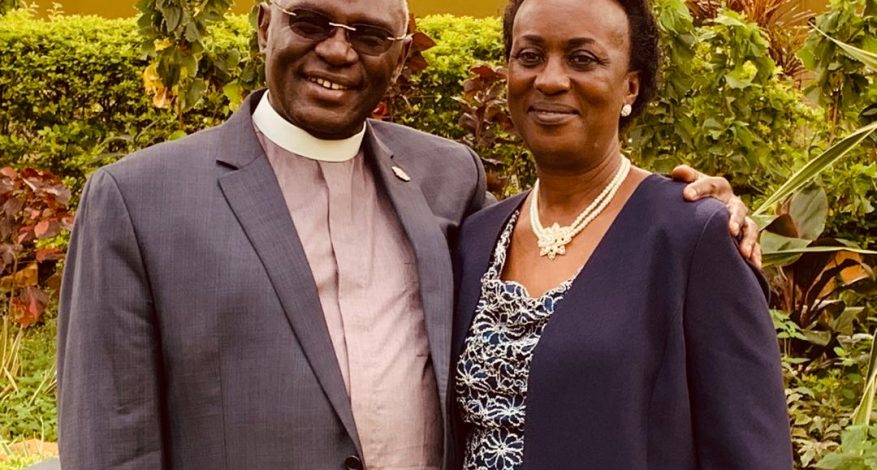 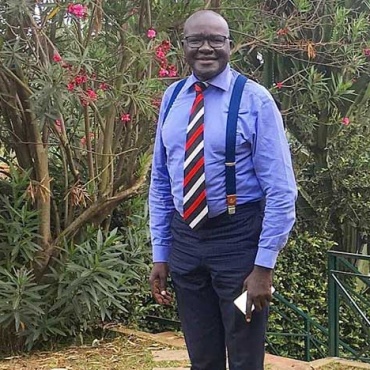 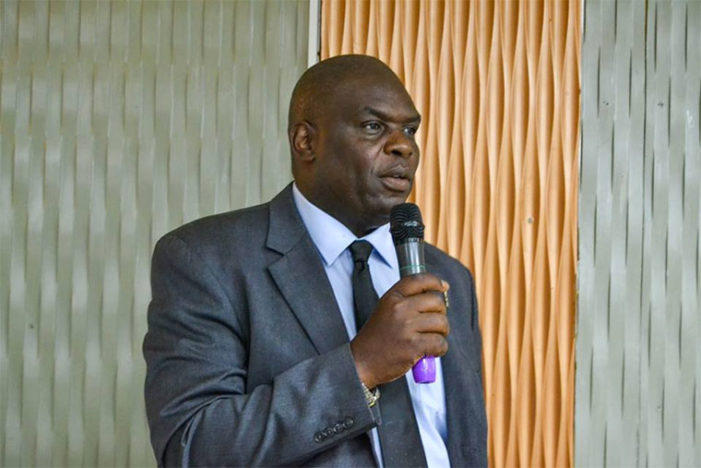