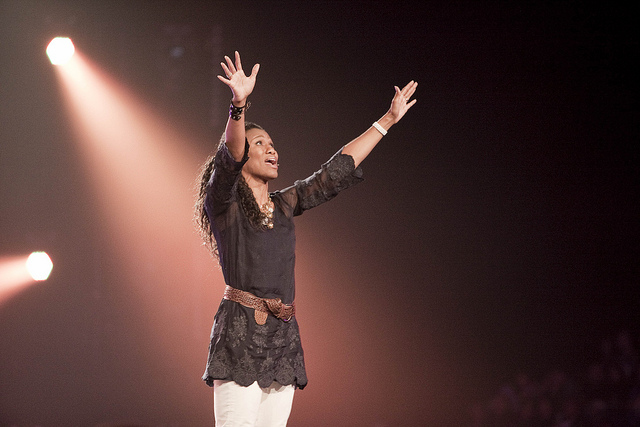 “that if you confess with your mouth the Lord Jesus and believe in your heart that God has raised Him from the dead, you will be saved” – Romans 10:9 (NIV)

Two people can have a honest disagreement over a matter. The Apostle Paul and Barnabas differed on an aspect of ministry team and chose to walk separate ways (Acts 15:36-39). An area where believers can see matters differently, is the power of the spoken word. For some, since our God is already aware of what is in our heart (Mathew 6:8), there is no much impact when we make our requests aloud. There are others who take the views it matters, quite a beat.

Harassed by a young girl who was being used by profiteers to make money out of her as a fortune teller, “Eventually Paul grew so aggravated that he turned and said to the spirit, “In the name of Jesus Christ I command you to come out of her!” And the spirit left her at that very moment.…” (Acts 16:18). What we notice here is that Paul commanded rather loudly the spirit torturing this girl and it left.

When a furious storm hit a boat in which were panic stricken disciples, Jesus “.. got up, rebuked the wind and said to the waves, “Quiet! Be still!” Then the wind died down and it was completely calm” (Acts 4:39). Everyone will agree that people don’t rebuke an object of threat in a soft whisper.

Accosted on his way to the temple to pray by a crippled beggar, bothered, Peter said, “Silver or gold I do not have, but what I have I give you: In the name of Jesus Christ of Nazareth, get up and walk!” ….and at once the man’s feet and ankles were made strong” (Acts 3”6-7). This sounds like it was a command, which the beggar could not resist.

Taking after this, even today, when seized with challenges, we might as well command whatever is troubling us away by speaking loud and clear to that problem. For there is power in the spoken word. It is the spoken word that raised Lazurus from the dead. For “Jesus called in a loud voice, “Lazarus, come out!” The dead man came out, his hands and feet wrapped with strips of linen, and a cloth around his face” (John 11: 43-44).

Where you have challenges, of whatever kind, you too can speak boldly to them, to take cover. Jesus rebuked the spirit that had penetrated in his camp to cause confusion through Peter, when he turned and said to Peter, “Get behind Me, Satan! You are a stumbling block to Me. For you do not have in mind the things of God, but the things of men” (Mathew 16:23).

Prayer for today: Lord Father God of Abraham, maker of heaven and earth, today I rise to speak loud and clear to my situation, perfectly known to you, that by the power in the name of the Lord Jesus Christ, you shall bring victory, for I have prayed in His mighty name!