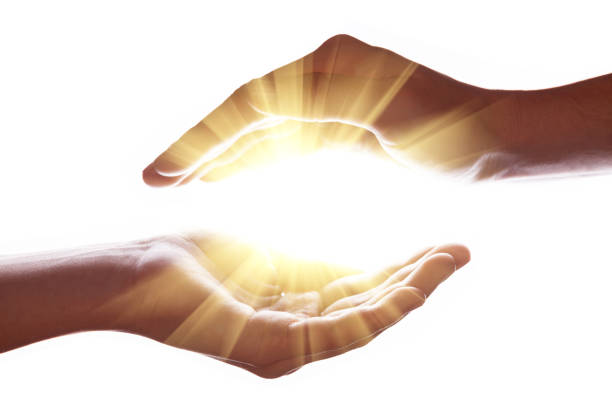 “For he has rescued us from the dominion of darkness and brought us into the kingdom of the Son he loves..” – Collosians 1:13 (NIV).

Before Christianity arrived here in Africa there were other beliefs tying down people in a kingdom of darkness. This was centered on vengeful gods occasionally demanding ritual blood sacrifices, including of humans. A writer in Buganda at the turn of the century, John Roscoe, noted how people wore amulets apparently to ward of evil spirits. He noticed people were even afraid of “jumping shadows” which could cause a bad omen.

But come the Gospel and those that heard and believed were released from the kingdom of darkness into the Kingdom of God. Before while lost in the kingdom of darkness they were trapped with fear of upseting malevolent gods and suffering an ignominious end. In the Kingdom of God by accepting Christ they were forgiven and reconciled with the creator of earth, our father God in heaven, through His son Jesus Christ!

No longer would they live in fear – “So if the Son sets you free, you will be free indeed” (John 8:36). They were now no longer trapped into the deeds of darkness for as the Apostle Paul put it in II Corinthians 5:17: “When anyone is in Christ, it is a whole new world. The old things are gone; suddenly, everything is new!”

It is a privilege and joy for us who came after that we were not born into a kingdom of darkness led by Satan who comes to kill and destroy (John 10:10) with his minions. More so, that by grace of God the truth dawned on us that it was not religion that came to save us, but only by receiving and accepting Jesus as our Lord and saviour and then we were truly born into the Kingdom of light.

May we never lose sight of how privileged we are, that we are no longer lost in a dark kingdom. But by the mercy of God we are in fellowship with Christ in a kingdom of light.

Prayer for today: Lord Father God of Abraham, maker of heaven and earth, how I thank you that I have been born in a kingdom of light, and may I walk in that grace, totally free to share the Good News, this I pray in Jesus’s name.