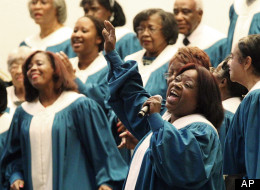 “But our citizenship is in heaven. And we eagerly await a Savior from there, the Lord Jesus Christ”– Phil 3:20 (NIV).

Once, after his arrest, the Apostle Paul was about to be flogged. “As they stretched him out to flog him, Paul said to the centurion standing there, “Is it legal for you to flog a Roman citizen who hasn’t even been found guilty” (Acts 22:25). The centurion went and immediately reported to the commander who on confirming so, held back. “Those who were about to interrogate him withdrew immediately. The commander himself was alarmed when he realized that he had put Paul, a Roman citizen, in chains” (vv 29)

Throughout history there has always been nations at the top whose citizenship is the desire of all. At the dawn of the millennium the Romans controlled much of the known world and to be a Roman citizen was the ultimate achievement. At one point the British Empire run across a third of the globe and those who were privileged to be British citizens had particular rights and benefits. Lately, we know we have seen the American age and how being a US citizen is craved by many.

People can often go at great length to pay for citizenship of those super powers. “Then the commander said, “I had to pay a lot of money for my citizenship” (vv 28). Even today there are many who would do almost anything. They would wade through dangerous seas. They would sell all their possessions. They would pay any price for that elusive hope of taking on the citizenry of a great nation. Once they have it they walk around with their heads tall holding on rightly to that all important passport.

But one thing with all these citizenship is that there are all of a temporary nature. The citizenship of the nations of this would all come to an end. Yet there is a citizenship that is eternal. When someone surrenders his life to Christ and becomes born again (John 3:16) he takes on a new citizenship of being a child of God. He is now a member of God’s precious family.

Today, as a child of God, walk too, with your head high, for what is more than being a citizen of the eternal Almighty God.