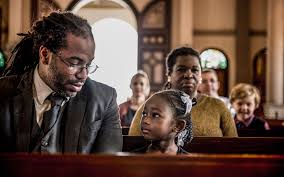 There was a recent story running in one of the leading Uganda dailies about “200 fathers who had defiled” their own daughters! This sobering news was already much known to those who are involved in running abortion rescue shelters, like Wakisa Ministries. After the lock-down they saw a steep rise in number of teenage pregnancy traced to “fathers” defiling their daughters.

Some of us might be curious how we got here. Of course there is the sinful nature of man manifested in such wickedness. As scripture says, “”The human heart is the most deceitful of all things, and desperately wicked. Who really knows how bad it is?” (Jeremiah 17:9). Aside, there is also socialization.

Many have observed that while mothers are mentored in their roles right from childhood, rarely are boys! Though mothers habitually sit with their daughters and share on living up to their expected roles once in a home, boys just grow into being fathers, having picked much of all they know from the boisterous play yard.

Then there is the case of boys who grow up in single homes, whose numbers is ever increasing. These have been denied the chance of seeing a father-figure, they can learn from. At times though even with the presence of a father in a home, the relationship is often abusive, without any love or care, much filled with violence.

It is therefore safe to assume that a great many boys have just stepped into fatherhood with the worst experiences, which they bring to a home, and soon exhibit in the worst excess, including incest as we have seen!

The role of a father in a home is first and foremost of a priest. Before David was king to a nation he was head of his household, making sure he blesses them (2 Samuel 6:20). Many of us are not aware of these priestly roles, stopping at only providing, if at all, without embracing the role of leading a house in the fear of God. And just as mothers sit down with their girls to mentor them into proper roles, perhaps it’s about time, Christian fathers habitually sit down with their sons to mentor them in what fatherhood is all about!

Prayer for today: Lord Farther God, maker of heaven and earth, how I thank you for fatherhood as we see in the life of your earthly father Joseph, who led his household with love, care and fear of God, and may we learn from such to grow the next generation of fathers worthy of emulation, this I pray in Jesus’s name!