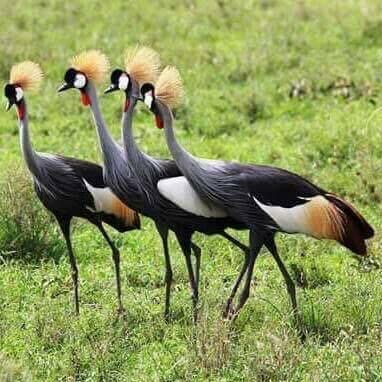 “There are six things that the Lord hates, seven that are an abomination to him: haughty eyes, a lying tongue, and hands that shed innocent blood, a heart that devises wicked plans, feet that make haste to run to evil, a false witness who breathes out lies, and one who sows discord among brothers” – Proverbs 6: 16-19 (NIV).

In recent days headline stories have pointed out a perennial but most disturbing evil going on in our land of Uganda. One gentleman based in Kayunga District, Uganda, was apprehended for sacrificing two of his own children apparently because a rich man had promised him a huge reward. The rich man wants to put up some commercial buildings in town and he needs this antidote.

Then in another story, the leading Ugandan daily, New Vision, reported the arrest of a man who had once given an interview to the BBC boasting of how he was thriving from child trafficking. In one interview he demanded over $12,000 for the head of a child.

Let’s not forget that a few months back, there was a chap who was nabbed at no other place than the parliamentary buildings of Uganda, apparently moving to the office of the Speaker of the House with a trophy head of a child. That case seems to have lost its steam as other more pressing matters took center stage.

A number of things we can glean here. That child ritual sacrifice is taking place around us, who can doubt!  That there are people who are bereft of love to the point of sacrificing even their own children is quite saddening. But what is also clear is that the perpetrators of this ghastly deed, are largely motivated by greed and love for power. Isn’t this why scripture says, “For the love of money is the root of all evil..” (1 Timothy 6:10).

Prayer for today: Lord Father God of Abraham, maker of heaven and earth, today I pray for the protection of innocent children from ritual child sacrifices and that you save our land from the curse that comes from engaging in ritual murders, this I pray in Jesus’s name.