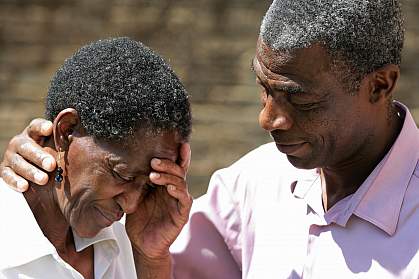 In recent times there has been disturbing cases of a number of global evangelical leaders who have been asked to step down from their offices. This often came after some revelations involving improper relationships and unethical personal conduct. Very often there has been that feeling of betrayal by followers whose trust has been let down.

Whatever could have been the issue there is a very important tenement in Christian life that could help limit such pitfalls. It is about cultivating personal relations with a few brethren around us who act as one’s watchdog. Whereas Jesus led a public ministry that fed thousands and had a party of dozen disciples ever with him it is also evident that he had an inner circle of witness he chose and closely walked with.

When Jesus went to the Mount of Transfiguration he took these three. “After six days, Jesus took with him Peter, James and John, the brother of James, and led them up a high mountain by themselves. There he was transfigured before them” (Mathew 17: 1-2, NIV). Again it was these three that he picked to pray with in Gethsemane at night before his arrest. “And taking with him Peter and the two sons of Zebedee, he began to be sorrowful and troubled” (Mat 26:37).

If we go by this example of Jesus we all need to be deliberate in having around us a few band of brothers (or sisters), to pray with, especially when times are rough. We can look to this inner circle of witness for candid advice away from the worshiping lights of the crowd, which can be misleading. Here among trusted friends we can confess our personal struggles without feeling judged and be helped.

Prayer for today: Lord Father in heaven, today I pray in the loving name of Jesus, to cultivate in my walk with you, an inner circle of witness, as you did to sharpen and build me in faith.