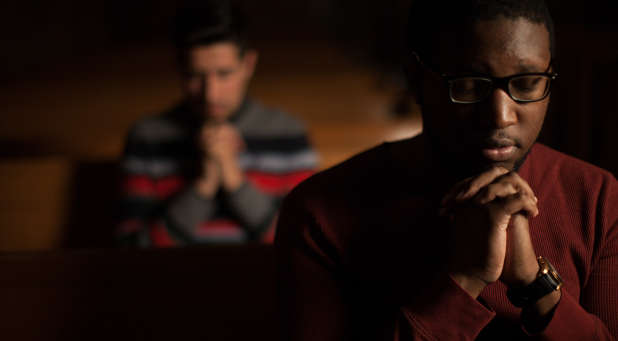 “But the people’s minds were hardened, and to this day whenever the old covenant is being read, the same veil covers their mind so that they cannot understand the truth. And this veil can be removed only by believing in Christ” – 2 Corinthians 3:14 (NLT)

In the Western culture it is a tradition for a bride to wear a veil and have her face covered until she exchanges vows with the groom. In the old days where weddings were arranged the bride might not have seen the groom before. The father gingerly led her down and gave her away. Until the veil was lifted by the groom the bride stood in suspense.

A veil is a garment that covers one’s face and until it is removed it’s difficult for one to see what is ahead. Today there is a veil that covers many people who might not be even aware. It is the veil of disbelief. The prophet Isaiah points out, “They do not know, nor do they understand for He has smeared their eyes so that they do cannot see and their hearts so that they cannot comprehend” (Isaiah 44:18). Elsewhere, the Apostle John writes of the devil’s mischief, “He has blinded their eyes and hardened their hearts, so they can neither see with their eyes, nor understand with their hearts, nor turn – and I would heal them” ( John 12:40, NIV).

However much one might preach the saving Gospel of Jesus until that veil is lifted they will not believe.

Those who have their faces covered with a veil are not just blinded of the truth but often based on their limited knowledge zealously argue all they know. Yet when you have a veil you certainly can’t see much beyond and all your steps are meant to take you only so far. It is only when the veil is lifted that you can now fully behold the beauty before you and see far beyond.

As Christians other than argue with those whose faces are covered with that veil of disbelief let us never tire to pray that one day the God of creation will lift it up so that they may see and behold the joy of salvation.

Prayer for today: Lord Father in heaven, today I pray in the saving name of Jesus that you lift the veil of disbelief for those that do not know you that they may accept you as Lord and Savior.