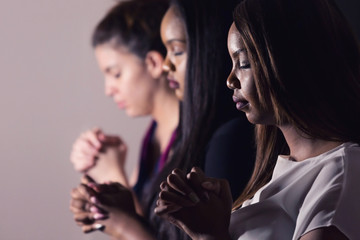 “Keep company with the wise and you will become wise. If you make friends with stupid people, you will be ruined” – Prov 13:20 (NIV)

On a good day yesterday another young Ugandan, Jacob Kiplom, won the half Marathon in record time at the 2020 World Athletic championship meet in Poland. A Kenyan, Peres Kipchirchir, broke her record in women’s half marathon. Few question that for these athletes to be successful they must be inspired by positive thoughts to train and condition their bodies for success.

But there is also a danger they must guard from. All athletes at an international level regularly undergo drug test. Between 2004 and 2018, 318 Kenyan athletes were caught by the World Anti Doping Agency to have violated drug laws as they tested positive. The American cyclist Lance Armstrong confessed in 2013 for using performance-enhancing drugs. He was stripped of his seven titles as Tour de France champion. One report has found 14 of the 25 recent winners of Tour de France race were caught doping ultimately ruining their careers.

No one can dispute that these athletes are talented but very often there are influenced by bad company that sows dark seeds into their minds. Pretending to have their interest at best such convince them that by taking those performance-enhancing drugs they would do far better. In a tough competitive industry and eager for success and world acclaim some fall astray. The results have been disastrous. Several athletes, like the American sprinter, Marion Jones, have later upon being caught been stripped of all their medals.

Just as these great athletes open themselves to bad advice that eventually ruins their careers, believers can too easily fall prey to evil thoughts. This often starts with the company around them. “The man said, “The woman you put here with me–she gave me some fruit from the tree, and I ate it” (Gen 3:12). Like Adam, many have since fallen because they listened to bad advice, that seemed to promise a rosy and bright future, only to bring ruin.

It is for this reason why Christians are warned to be careful of the company they keep. This is for their own good. “Do not be misled: “Bad company corrupts good characters” (I Cor 15:33).

Prayer for today: Lord Father God of creation, heaven and earth, I pray you help me find good company that inspires me with good and holy thoughts that lead me into righteousness!