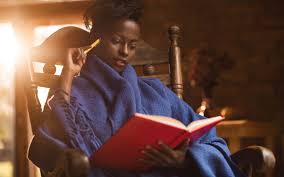 Prophet Moses, King David, Apostle Paul have all one thing in common. It is called courage.

When Moses walked up to Pharaoh Remesis, the monarch whom he had fled from forty years ago, terrified of him, and spoke up to him, “Let my people go” (Exodus 5:2); that was a courageous moment. The king of Egypt could have unleashed all his weapons against him there and then. But Moses stood firm.

King David was only but a youth who decided to go up and face a mighty giant called Goliath terrorizing the Israelites. When he saw him approach, Goliath, “looked David over and saw that he was little more than a boy, glowing with health and handsome, and he despised him. He said to David, “Am I a dog, that you come at me with sticks?” And the Philistine cursed David by his gods. “Come here,” he said, “and I’ll give your flesh to the birds and the wild animals!” (1 Samuel 17:42-44). David must have had courage not to flee.

When as a prisoner, Paul was brought before the Chief Priest and all the members of the Sanhedrin, he dared them without flinching, announcing, “My brothers, I have fulfilled my duty to God in all good conscience to this day” (Acts 23:1). At this the high priest Ananias ordered those standing near Paul to slap him. But Paul stood firm. “Then Paul said to him, “God will strike you, you whitewashed wall!” (vv 2-3).

Courage has been defined as “the ability to do something that frightens one”; it is bravery in the face of overwhelming odds. A person might be outnumbered yet refuse to balk down. We come across courage in ordinary life situations where a bully using his power pushes out the weak, only for one small fellow to stand up to him.

Moses, David, Paul and a cast of Biblical stars had courage because they knew the power of God. After he had stood firm against the chief priest and the Jewish elders, “The following night the Lord stood near Paul and said, “Take courage! As you have testified about me in Jerusalem, so you must also testify in Rome” (Acts 23:11).

We all need courage in the face of battles, some which appear overwhelming. But if we look up to God as these did, He will provide courage to stand up to whatever and emerge victorious.

Prayer for today: Lord Father God of Abraham, maker of heaven and earth, today I pray for courage in the face of all obstacles, knowing that your power is greater than all the forces in the world, this I pray in Jesus’s name