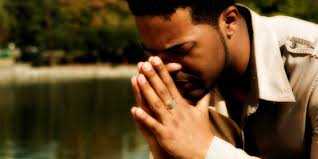 “Go, gather together the Jews who are in Susa, and fast for me. Do not eat or drink for three days, night or day. I and my attendants will fast as you do. When this is done, I will go to the king, even though it is against the law. And if I perish, I perish” – Esther 4:16 (NIV).

Have you ever had a matter of such urgency and seriousness that you needed to take it nowhere but the Almighty God. It could be dealing with a personal situation or something as large as the affairs of your nation. You are not the first. And there is a way you could go about it.

There was once a time when a plot was hatched to exterminate the Jews. The conspiracy fell into Queen Esther’s ear. The only person to save the day was her husband, King Xerxes. She needed a favour from him. But this was not going to be a small request.

So before she got into the King’s chambers she took time off. For three days and nights she fasted and prayed to God. Finally, she walked up to King Xerxes. “If it please the king,” she said, “and if he regards me with favour and thinks it is the right thing to do ..let an order be written overruling the dispatches that Haman wrote..to destroy the Jews” (verse 5). Even before she had finished King Xerxes had already yielded to her. “Because Haman attacked the Jews I have given his estate to Esther” (verse 7). Her prayers had been answered.

So, whenever challenged with a matter that appears impossible, why not take time off just as Queen Esther. Cry up to God. The God who heard Queen Esther is still much around making a way where there is no way.

Prayer for today: Lord God of Abraham, our Father in heaven, today in the mighty name of Jesus Christ of Nazareth, I bring to you a difficult situation that you make a way where there is no way.