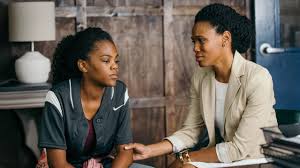 “Jesus replied, “Very truly I tell you, no one can see the kingdom of God unless they are born again” – John 3:3 (NIV).

In June 1877, Shergold Smith and C. T. Wilson of the Church Missionary Society, arrived at the court of Kabaka Mutesa I. The King of Buganda had earlier made an appeal for Christian missionaries after a chance meeting with the explorer H M Stanley. Thus began the process of proselyting African natives in the new faith of Jesus Christ here.

Many of the early converts were totally committed to Christ that when Kabaka Mutesa I successor, Kabaka Mwanga II, challenged them to renounce their new faith in Christ they refused. This caused him to order the massacre of 45 early converts in 1885. But still, the Gospel survived and has flourished to this day.

Today, we have many third generation Christians. It is quite common to find one born in a home where one’s grandparents embraced the Christian faith at the turn of the nineteenth century and the family considers itself Christian. As proof the family religiously observes Christian rituals- infant baptism, confirmation in church, regular Sunday worship, Christian weddings, Christian funerals etc- as a sign there are Christians. Some families have even reserved seats in certain churches, courtesy of contributing to their construction.

All good; but the problem with third and later generation of Christians is that unlike the first generation which had to make a clear choice between abandoning old practices and taking up the cross of Christ, often at the cost of their lives, for these Christianity has become a tradition. It is now passed on like inherited artifacts, worn and paraded as the occasion demands, but not a faith of the heart. Yet one of the distinctive elements of being a Christian is not inheriting the faith as a tradition but making a pronouncement by one as a follower of Christ.

The Bible says, “If you declare with your mouth, “Jesus is Lord,” and believe in your heart that God raised him from the dead, you will be saved. For with your heart you believe and are justified, and with your mouth you confess and are saved” (Romans 10: 9-10). One can receive faith from his parents and generations before, but still must come to that place of making a personal decision and pronouncement that he is now a believer in the Lord Jesus Christ.

Prayer for today: Lord Father God of Abraham, maker of heaven and earth, today I receive and make a personal confession of you as Lord and Savior, this I pray in Jesus’s name