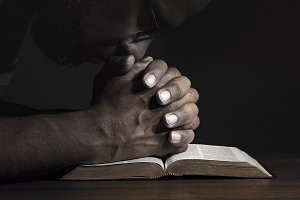 “I can do all this through him who gives me strength” – Philippians 4:13.

When the Israelites finally reached the Promised Land it was rather an anti-climax. A  journey that had started in the midst of great miracles that that had humbled Pharaoh with the devastating parting of the Red Sea and drowning of the chasing soldiers (Exodus 14:21) all ended with only two reaching.

For Moses, lack of enough belief had run him into problems. “But the Lord said to Moses and Aaron, “Because you did not trust in me enough to honor me as holy in the sight of the Israelites, you will not bring this community into the land I give them.” (Numbers 1:12). Later, when Moses sent out 12 spies and all but two dared believe they would take on the land of giants, the Lord was angry for this lack of belief.   “Nevertheless, as surely as I live and as surely as the glory of the Lord fills the whole earth,  not one of those who saw my glory and the signs I performed in Egypt and in the wilderness but who disobeyed me and tested me ten times— not one of them will ever see the land I promised on oath to their ancestors. No one who has treated me with contempt will ever see it (Numbers 14: 21-23).

Belief that our God is able to do more than we can imagine is something central to our Christian faith. This belief is not a blind belief. In the above cases Moses and the Israelites had seen God perform innumerable miracles in their lives and yet still doubted. You and I have also seen God perform innumerable miracles in our lives, especially through a long year. Yet we sometines doubt.

May we not be denied of ultimate victory simply because we allowed disbelief to have the better part of us. Let’s believe that the God who has got us here will see us through the next year.

Prayer for today: Lord father God of Abraham, creator of heaven and earth, as we conclude 2020, I look back and see all the miracles you have wrought in my life, and aware of all this astonishing evidence, I look forward to 2021 with belief that through you all is possible because I have believed in you!