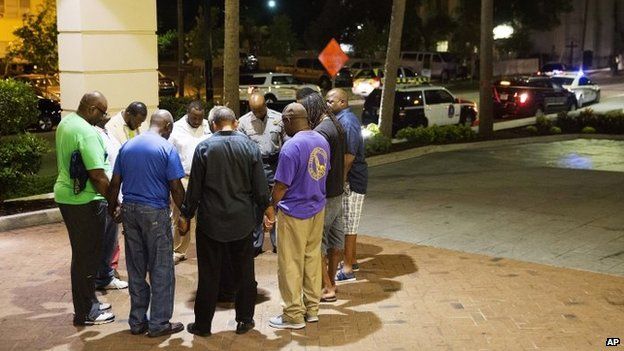 “Be alert and of sober mind. Your enemy the devil prowls around like a roaring lion looking for someone to devour” – 1 Peter 5:8 (NIV)

In one of the most striking passages in the Bible, we have a telling glimpse of how Satan operates. “One day the angels came to present themselves before the Lord, and Satan also came with them. The Lord said to Satan, “Where have you come from?” Satan answered the Lord, “From roaming throughout the earth, going back and forth on it” (Job 1:6-7).

Satan then asks God to remove a hedge around his servant Job, whom without wasting, strikes with all manner of terrors ( vv 13- 19). Here, we see that Satan is never at still, and works 24/7 looking for his prey.

Once I was part of a church where the pastor was ever dutifully carrying out his work, his sermons making the members grow in faith. Suddenly, almost out of nowhere, one prominent church member started accusing the pastor over some laxity. Before long he had moved out with a third of the congregation.  The next thing I knew was the church splitting along three factions, with bitter words being thrown here and there, as animosities intensified. A good work that had been going on all of a sudden came to a standstill as these brethren started throwing darts at each other.

Looking back, one may ask how did it all start! What the Apostle Peter shared in our leading verse is that there is always an enemy hovering about, and here not just among non-believers. Satan shows up where God’s work is steadily going on and he is certainly never amused. So he quickly starts waging warfare through all manner of attacks, of which he has mastered since he fell from grace ( Isaiah 14: 12-14).

But it is not only gatherings like once warm churches that he brings divisions and they die out; individuals once on fire  to serve Christ their faith is beset with doubts as he plays on their minds. Productive family relations are estranged as Satan sets once a loving couple into a furious war, causing the marriage to fall apart. Wherever Satan sees progress, be sure, he moves, sets up a fire, that consumes anything of significance to waste.

This is why nothing in the life of a Christian counts as being on guard. One of the elements of being on guard is also being discerning. Because he is a cunning being full of deceit, Satan does not penetrate his targets just anyhow. He very often starts by concealing himself as an “angel of light” his covers only fully revealed once the damage and deed has been done. That’s when one discovers the enemy has been operating from within!

To grow in discernment one has to be filled with the spirit of the Lord, just as Christ was and his disciples were after Pentecost! The spirit of the Lord enables believers to constantly be aware of Satan’s range of dirty schemes and have the might to expose and shirk them off, at any time, for all what they are!

Prayer for today: Lord Father God of Abraham, creator of heaven and earth, today  I pray to be on guard and be filled with the spirit of discernment to arrest all the devil’s schemes, this I pray in Jesus’s name.