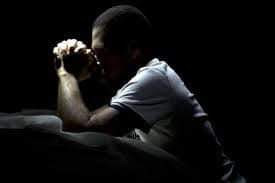 The great Christian writer and apologist, Rev John Stott (1921- 2011), once famously said that believers should read “the Bible in one hand and a newspaper in the other!” John Stott made that statement long before the explosion of social media. I suspect where he still to be living today, he would substitute “newspaper” with “social media!”

A recent study taken in the US found that among newspaper readers there was only one age group that recorded growth with print media. It was the elderly population. As for the rest of other age groups they had since withdrawn from getting their news from print but relied on soft media, with social media upper most.

Now, there is a certain age group that is wary of social media, seeing it as too crowded and also often with innacurate and misleading information or plainly put “Fake news!” Unlike traditional news sources that had full editorial teams to seize through facts and misleading stories some with a hidden negative agenda, social media lacks that. It has perfected the art of instant news often layered with a good dose of innacuracies. Who of us has not fallen prey to a fake story that has gone viral!

Perhaps for this there are some believers who have boycotted social media preferring older and often slower but more credible news sources. Trouble is that with all its imperfections no one can afford to ignore social media, especially when one notes that the users are largely young (> 25) and there are a captive market. To be relevant today we need to be conscious of where young people are ( easily the largest demographic segment in Africa) and where they get their news from. Some of those sources many not easily be palatable, but at least one would know!

John Stott did not believe in a kind of believer who has this escapist attitude and is totally unaware of what is going on in his part of the world. Today social media presents all the news, the good and bad, often a bit too brutal. But lest we want to become completely irrelevant, we cannot afford to ignore this new information channel, that is if we are keen on knowing how and what to pray for!

Prayer for today: Lord Father God of Abraham maker of heaven and earth, today I pray to be alert of all that is happening around me, from all available information channels, so at to know how to pray effectively, this I pray in Jesus’s name.