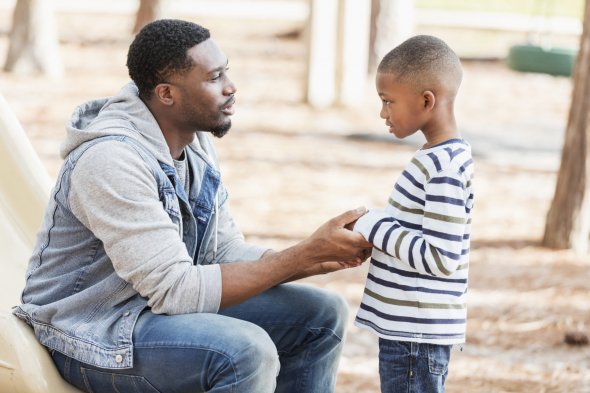 “But it is not this way with you, but the one who is the greatest among you must become like the youngest, and the leader like the servant” – Luke 22:26 (NIV)

Samuel had been leader of Israel for a while. However, as he grew old he passed on the mantle to his sons who were a disappointment.  “But his sons did not follow his ways. They turned aside after dishonest gain and accepted bribes and perverted justice” (I Sam 8:3). This is when Saul comes up in the picture. “Give us a king to lead us” (verse 6), the Israelites pleaded with him. “The Lord answered, “Listen to them and give them a king” (verse 22). Soon after Samuel found Saul and anointed him king, “Then the people shouted, “Long live the king” (1 Sam 10:24).

Later Samuel gathered the Israelites and he gave them a farewell address. He said to all Israel, “I have listened to everything you said to me… Now you have a king as your leader. As for me, I am old and grey, and my sons are here with you. I have been your leader from my youth until this day. Here I stand. Testify against me in the presence of the Lord and his anointed. Whose ox have I taken? Whose donkey have I taken? Whom have I cheated? Whom have I oppressed? From whose hand have I accepted a bribe to make me shut my eyes? If I have done any of these things, I will make it right” (1 Sam 12:1-3).

In a time when we long for good leaders Samuel gives us a picture of what a leader should be. After the people had rejected him, wanting a king, he did not insist on them but found a replacement. His last address clearly shows the leader we need. Unlike his sons he had not used his position for self again. “You have not cheated or oppressed us,” they replied. “You have not taken anything from anyone’s hand” (1 Sam 12:4).

As people now canvass for votes to take up public offices may we pray to find leaders such as Samuel was.

Prayer for today: Lord God Father in heaven, today I pray that in a time as this, you will raise among us leaders who are after your heart and have a servant heart.